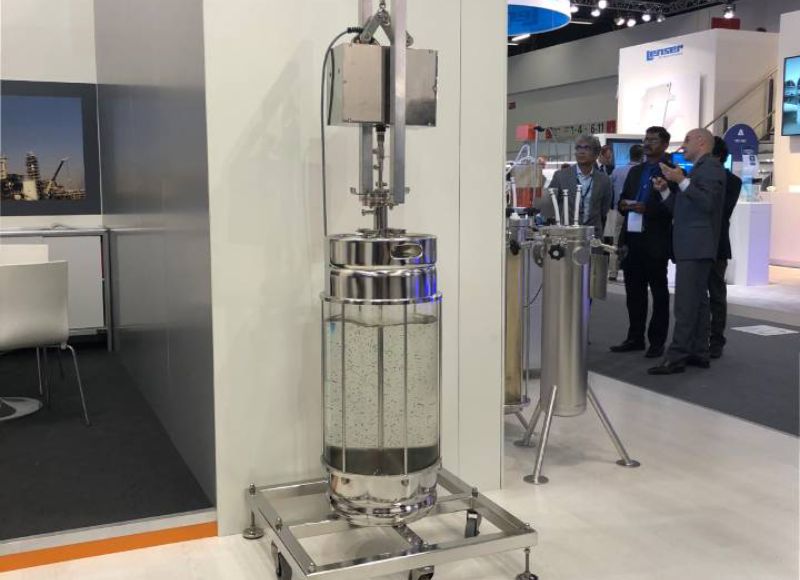 Silence the noise in the laboratories

The FUNDAMIX® S is a new generation vibratory mixer with a patented technology which gets rid of the conventional spring system replacing those with carbon fiber material. The main advantage of such a redesign is its amazingly quiet operation. So, for pharmaceutical or biotech labs where noise is an issue, such type of equipment is of essence. Momentarily the equipment comes in one size which can cover mixing volumes up to approx. 500 liters.

The plate oscillates at about 50 Hz. At an amplitude of 5 mm this gives the unit a maximum “tip speed” of 390 mm/sec which is significantly lower than the 1250 mm/sec of a typical rotating agitator with 200 mm impeller blades at 120 rpm. The unit can operate with different plate diameters. The 145 mm plate is typically used for tanks with 400 – 500 mm diameter and 200 liters liquid volume while the 210 mm plate can operate in 500 – 700 mm tanks with up to 500 liters liquid volume.

The drive unit comes in a polished stainless steel housing. The internal parts are easily accessible through the bolted openings.

The FUNDAMIX® S is the first incarnation of a new generation of FUNDAMIX® vibratory mixers. It plays a crucial factor in the Biotech industry where shear forces are important considerations in agitator designs. The quiet operation is ideal in a laboratory and pilot plant setting where constant operator presence is required. 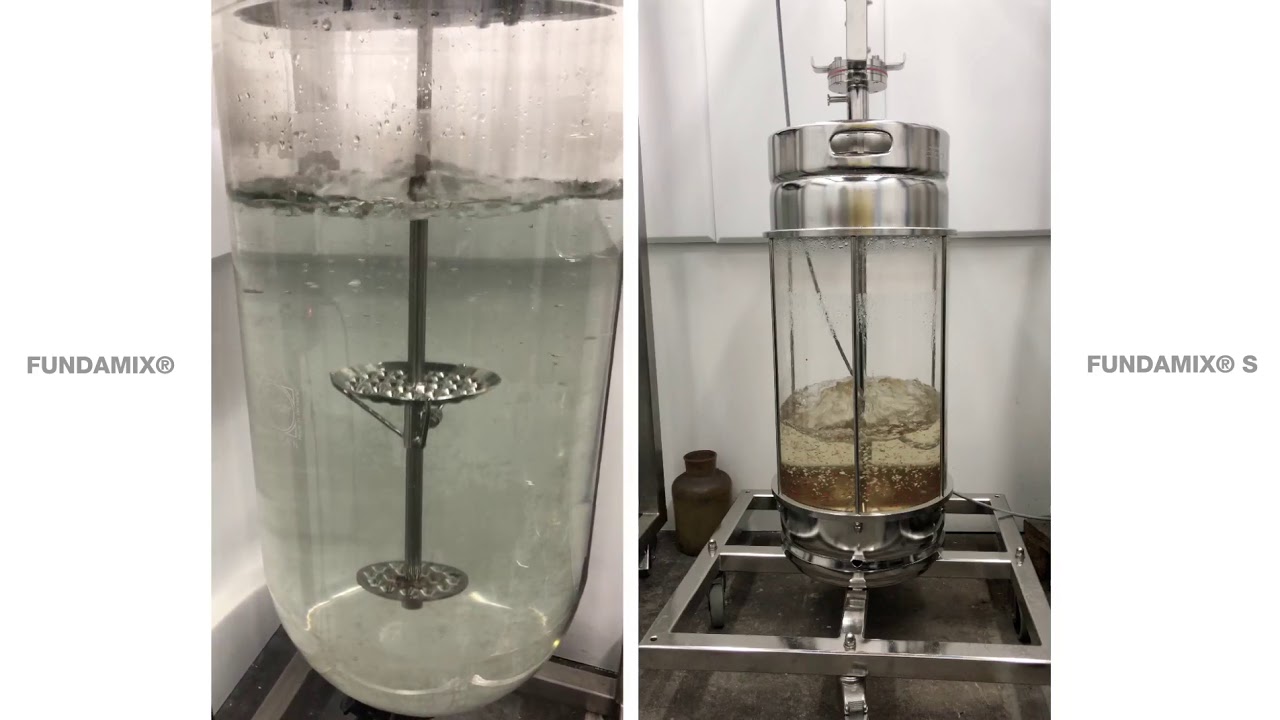